The 2021 season started for the Bedfordshire U16 Boys' Team at Pinner Hill GC
Read More...

Changes are announced to the Championship and Spring Meeting
Read More...

The 2021 season started for the Bedfordshire U16 Boys' Team at Pinner Hill GC
Read More... 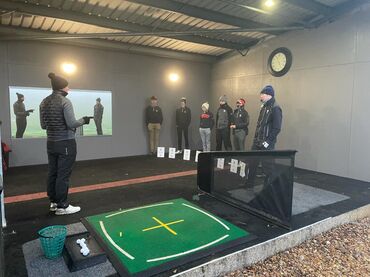 U18, U16 and U14 Championships – for 2020 only it has been decided to accept only entries from players who are members of a Golf Club affiliated to England Golf. It is hoped this will maximise the opportunities for juniors to compete in a much reduced playing schedule.

Brabazon Trophy – rescheduled for a new date. This has resulted in the cancellation of the qualifying rounds of the championship. Places will therefore be taken from those that are exempt under the various categories with the remainder of the field taken from a handicap ballot.

As you will see a number of championships have been moved to new dates. We have made every effort to avoid clashes with other major events that are being rescheduled, or are being played, during the latter stages of the year. It is however unavoidable that these may result in clashes with some county or regional events for which we apologise. For information the following events have also been rescheduled:

Please also bear in mind that the European Golf Association are looking at possibly rescheduling some of their own events during this time.

As you appreciate these are very uncertain times. We are reviewing government guidelines on a weekly basis and whilst we are planning on running these events at the end of the year and celebrating English golf we will make the necessary changes to the schedule should it be required.