For those who aren't familiar with the Tavistock Trophy format, teams of six play in leagues during the season with the winners of each league qualifying for the final at the end of August. Matches are played in the form of a strokeplay round with the best two gross scores and the best two nett from the other four scores counting as the team total. Careful team selection is vital to give the best chance of attaining a high team score.

The weather was not unpleasant and the course was in good condition but the scores were not particularly low. That said, Jake Plumb from Cainhoe Wood had a gross 67 on the day! Well done Jake.

Despite the complicated scoring, Bedford & County and Cainhoe Wood managed to tie. The tiebreak in this competition is by reference to the next best nett score and Cainhoe Wood won this by virtue of a nett 76 from Oliver Clark. 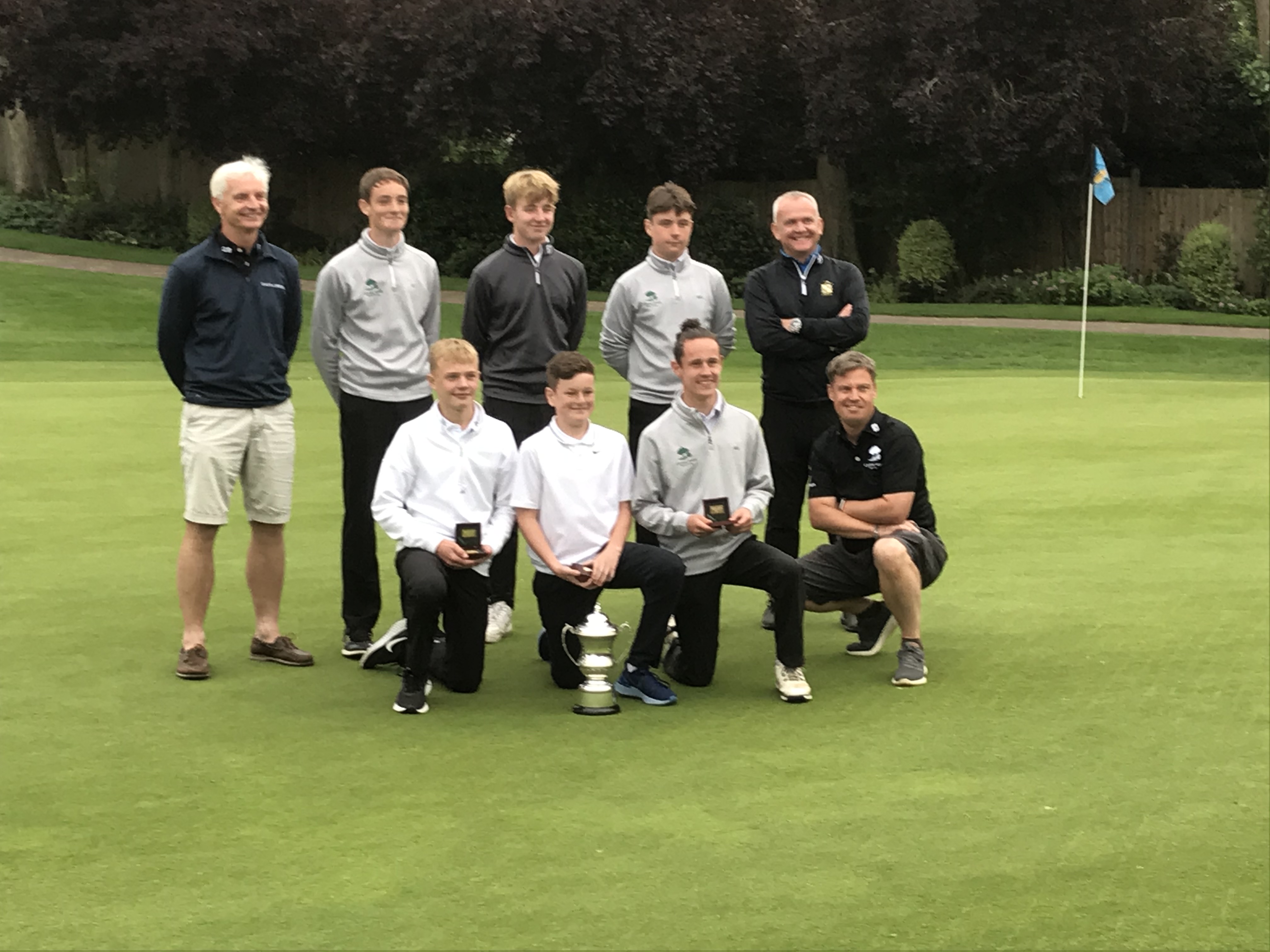 Congratulations to the Cainhoe Team: Harry Lake, Jake Plumb, Will Chapman, Ed Tubridy, Oliver Clark and Robbie Simpson. Congratulations also to the Team Managers: Gary Boyle, Mike Lake and Andy Chapman. Well done to all the teams for having made the final and we look forward to doing it all again next year.